Axiafest is radio control’s biggest scale-off-road gathering and the highlight of every RC trucker’s calendar. The 4-day camping event is all about family fun with RC in California’s beautiful Tahoe forest. Contributing author Joel Navarro filed this report for RC Car Action:

Wow, Axialfest 2018 was awesome! I’ve covered this event three years in a row and somehow the gang at Axial find ways to make it better every year; this year was no exception. The amount of entries also increase; this year there were 200 entries more than 2017 and which put the total count close to 1500 individual entries. Axial does a great job of making it a family friendly event and there were more kids than ever running their trucks on the trails. As always everyone had a great time camping and running there RC stuff at the Cisco Grove Campground in the beautiful Tahoe forest. Here’s a little taste of when down at this year’s Axialfest- Joel 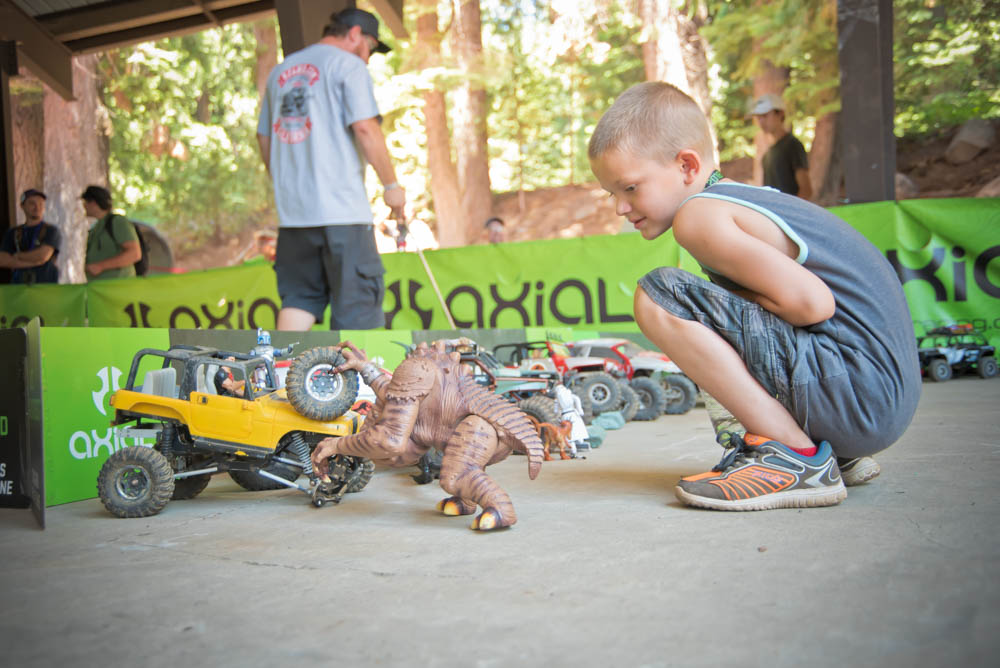 The concours event was a perfect place to show off your ride and there definitely was a lot of imagination going on with some of the cars. 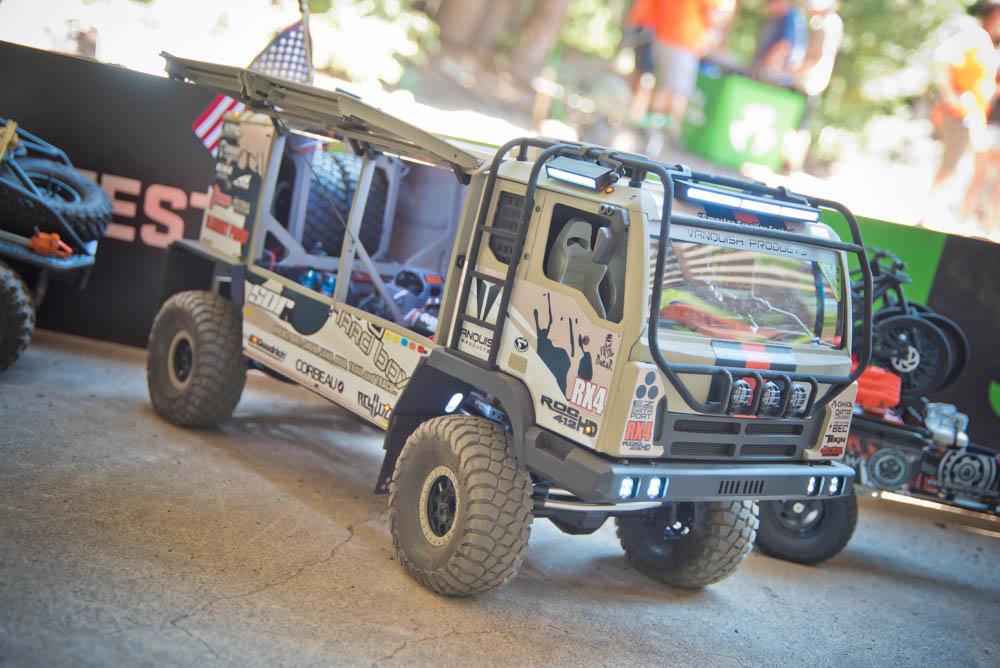 Tekin’s 2018 Axialfest truck build was an awesome display of attention to detail and it featured an opening side door that exposed the inner workings.

Not a crawler by any means, but this Axial based low rider in “3-wheel motion” position definitely captured the attention of a few eyes. 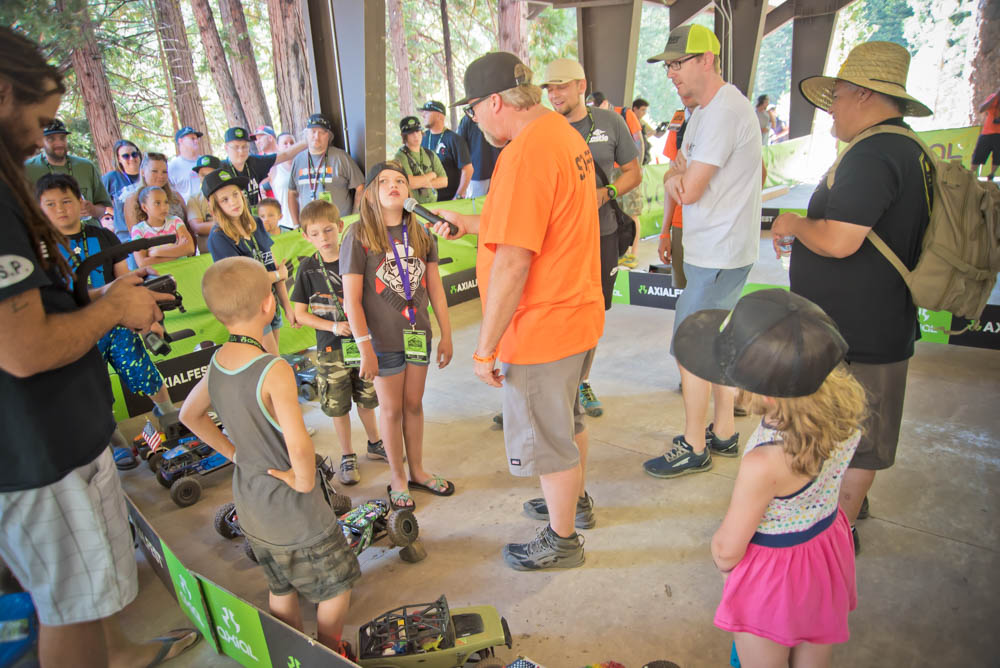 The kid’s division of the concours event included an interview by Axials John Schultz asking the process of building their custom machines. 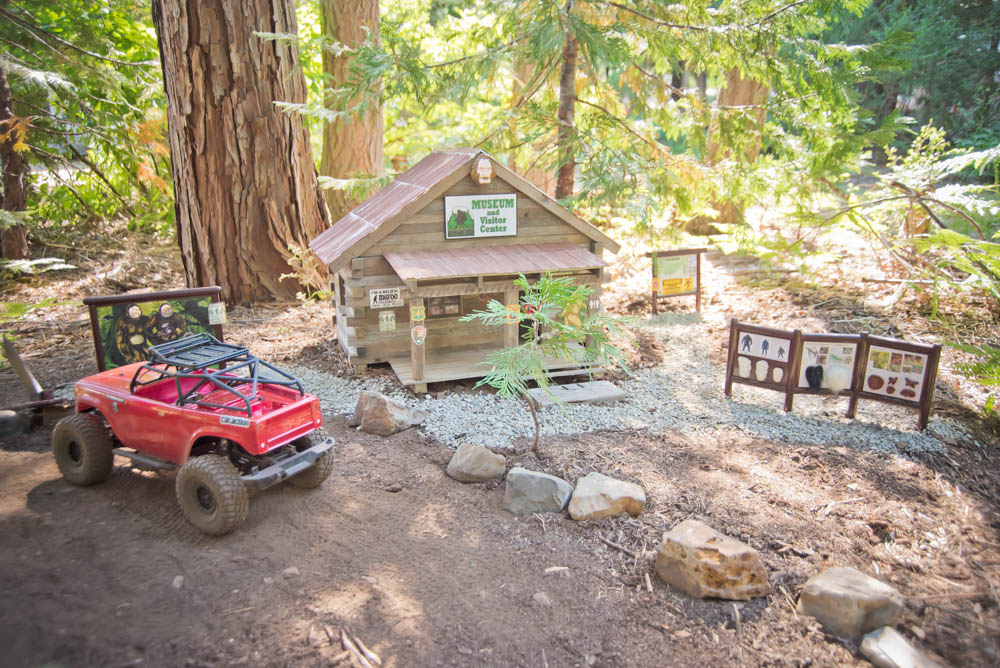 The miniature scale scenes scattered throughout the eleven trails were a perfect place to park your rig and take a break. 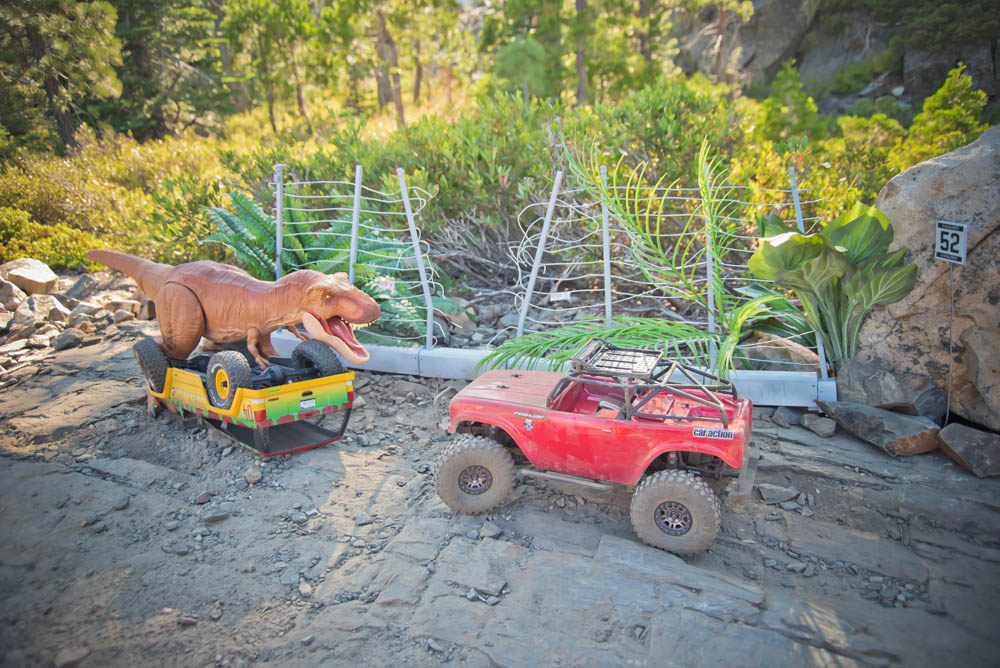 The Jurrasic Park trail was a must to drive on. It featured different scenes from the movie franchise. 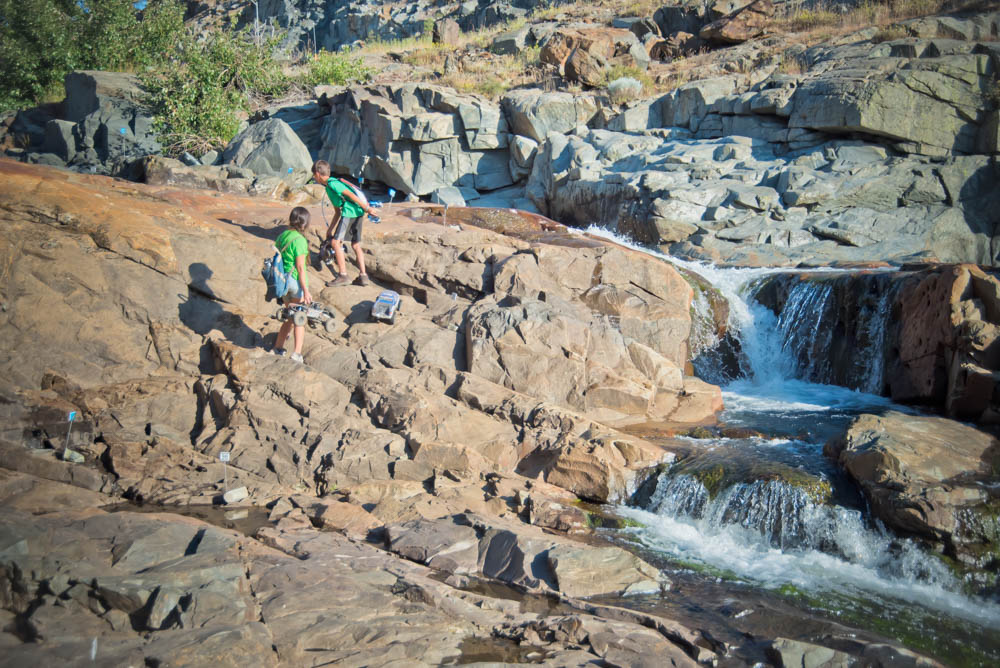 The Tahoe forest featured an infinite amount of natural rock crawling features that were challenging for even the most experienced driver. 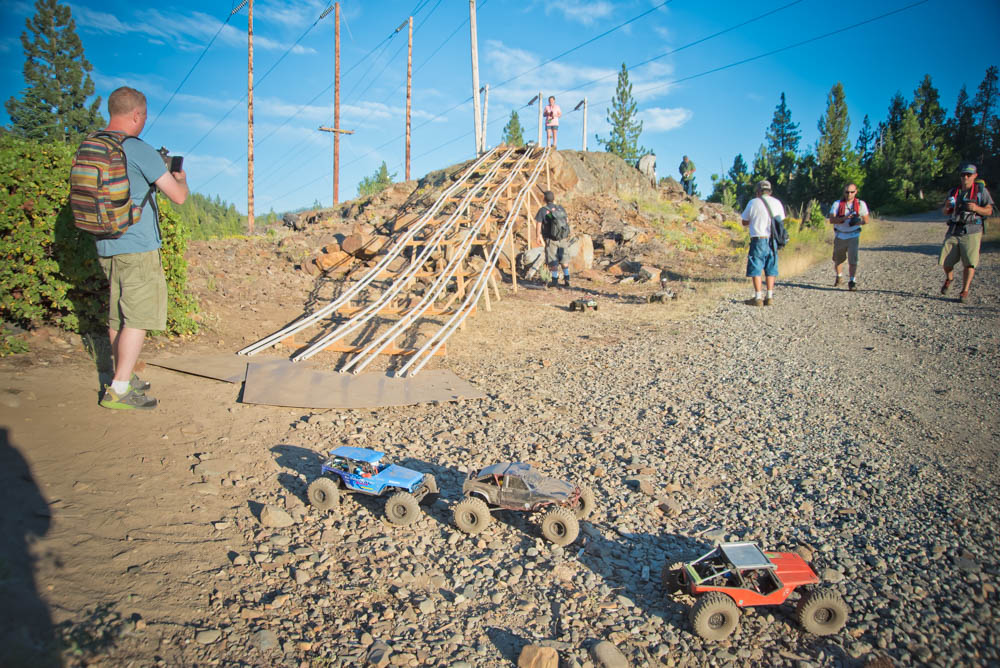 The 4-lane side-by-side pipe slide was a make or break feature for some. You either slid your way to glory or took a long plunge over the side. 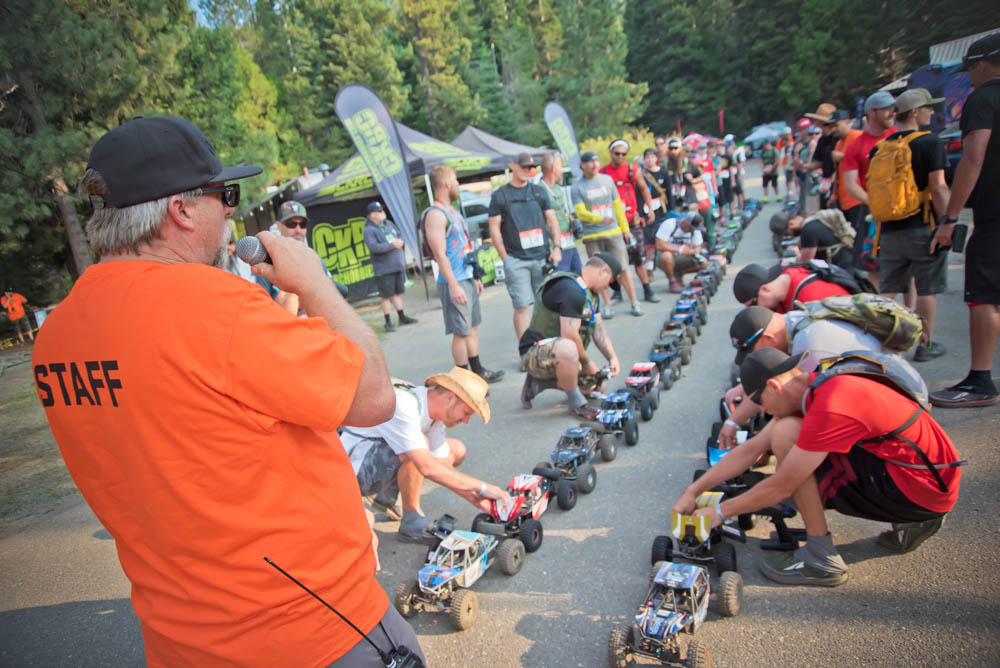 Axial’s John Schultz gave a quick driver’s meeting before the start of the Altra 5K Enduro in which each driver drove the course for three laps, or 3.1 miles. 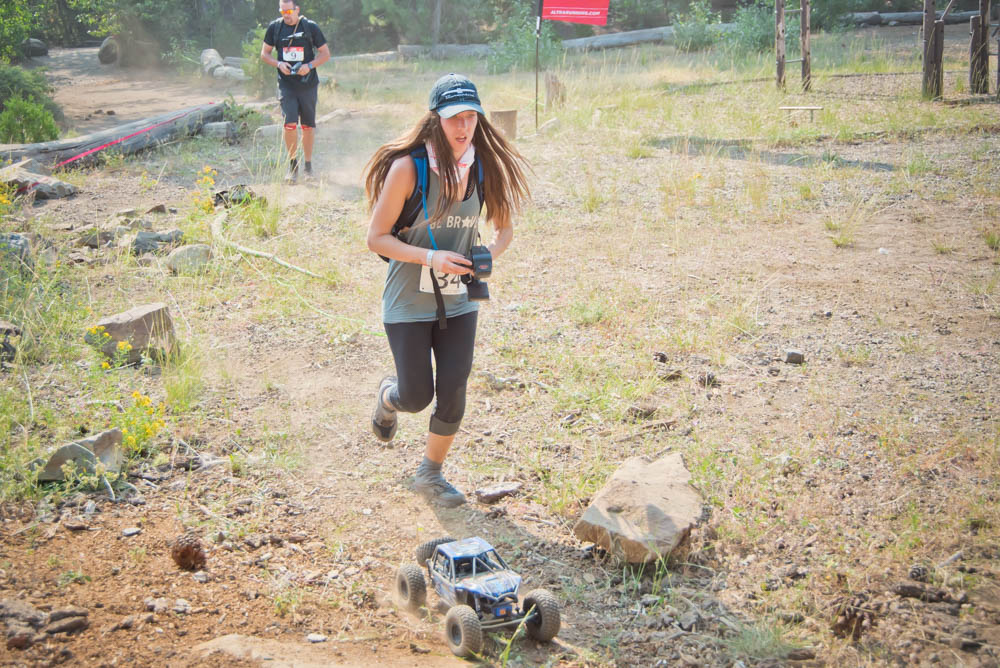 The ladies were out in force showing the guys how it’s done. 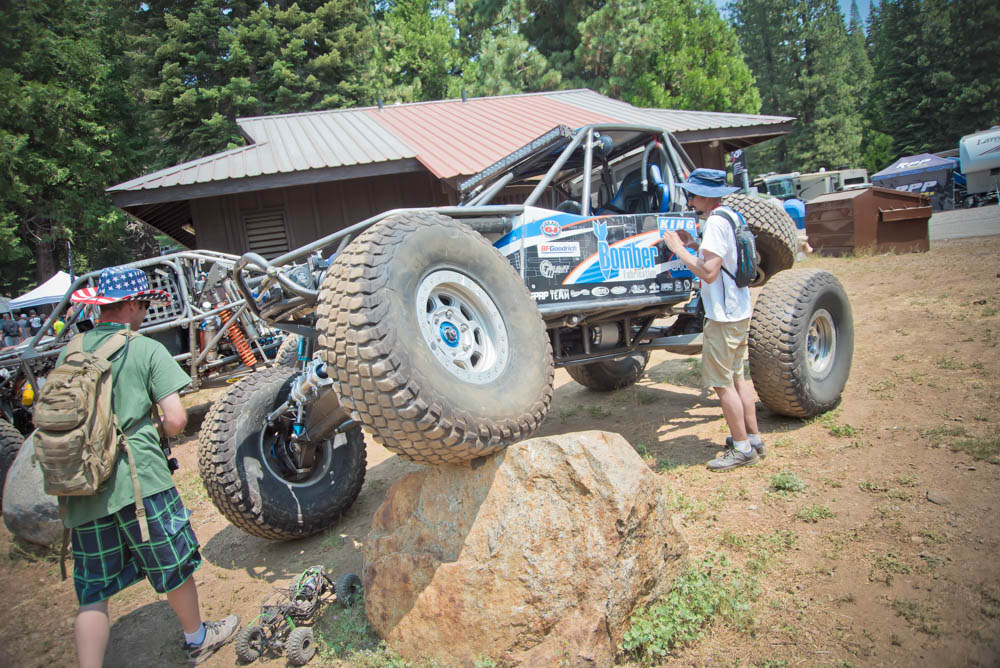 There were a few full-size crawlers and rock racing rigs on the grounds. This is the rig that the Bomber was modeled after. 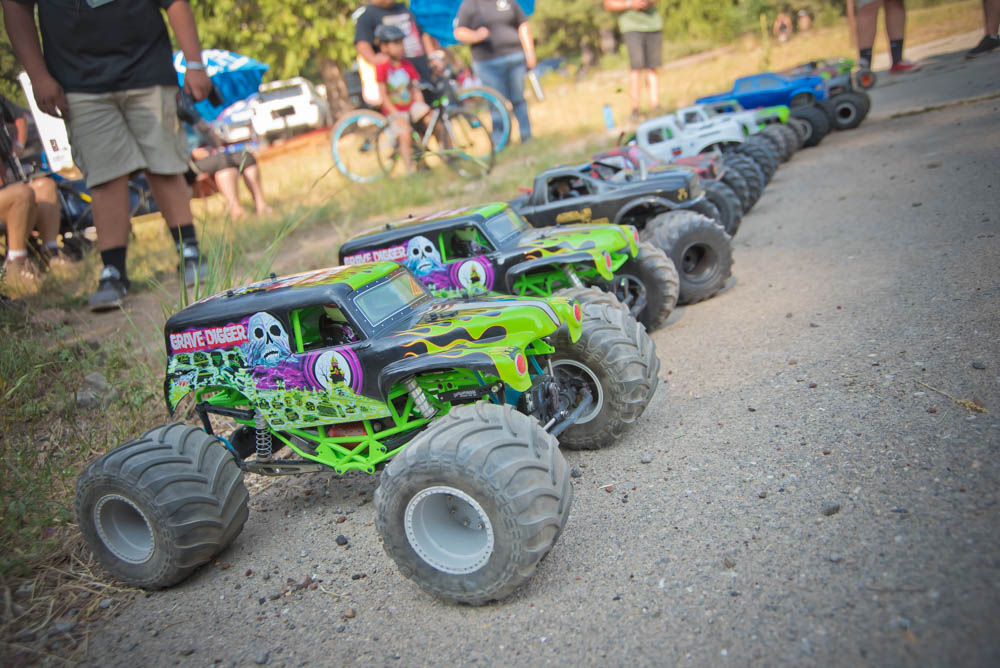 A big crowd turned out to watch the monster trucks do battle during on the Monster Jam style course located at the center of the Cisco Grove campgrounds. 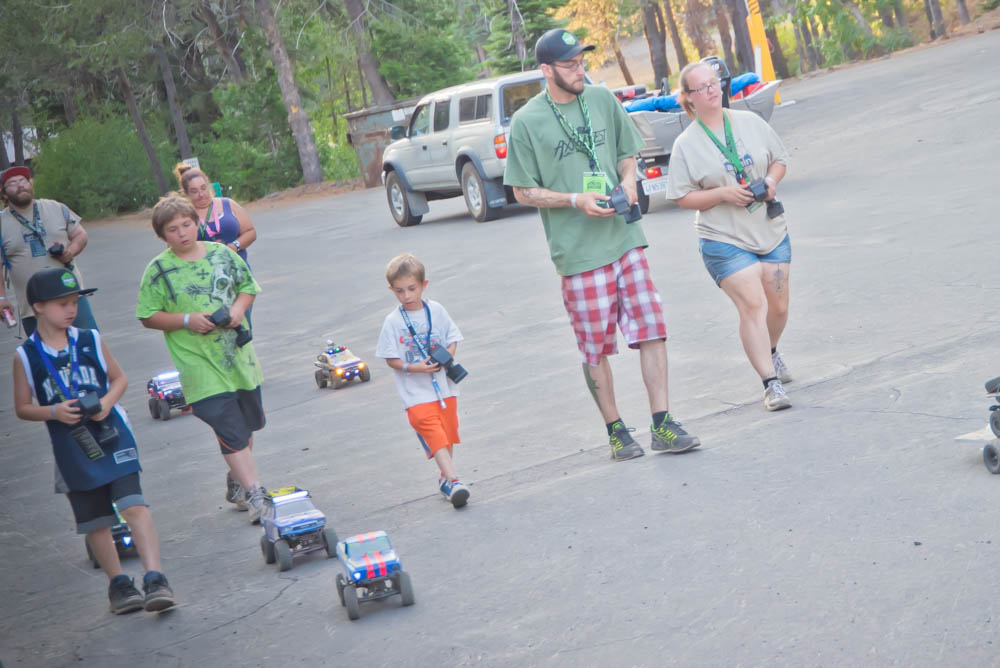 Axialfest provides a laid back environment where the whole family can have fun together. 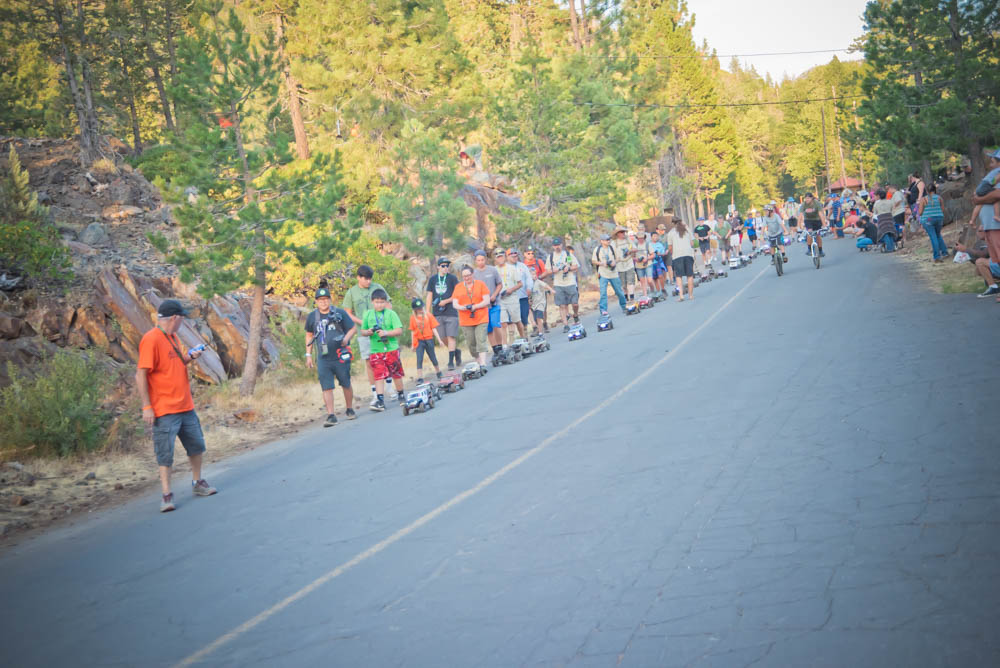 The Axialfest parade took place at the end of the day on Friday and it had a line of cars as far as I could see. 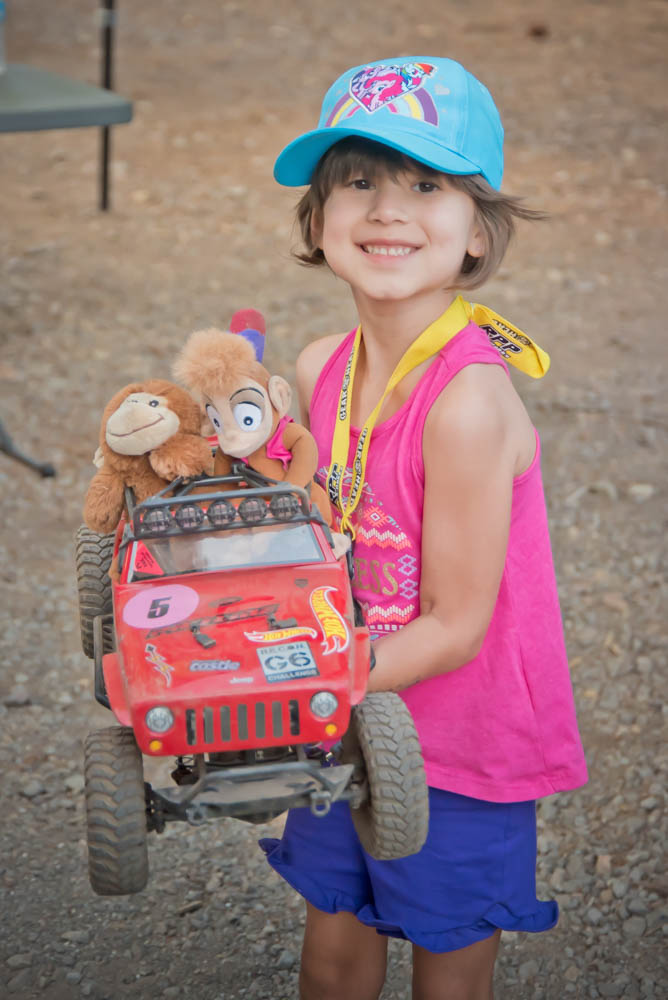 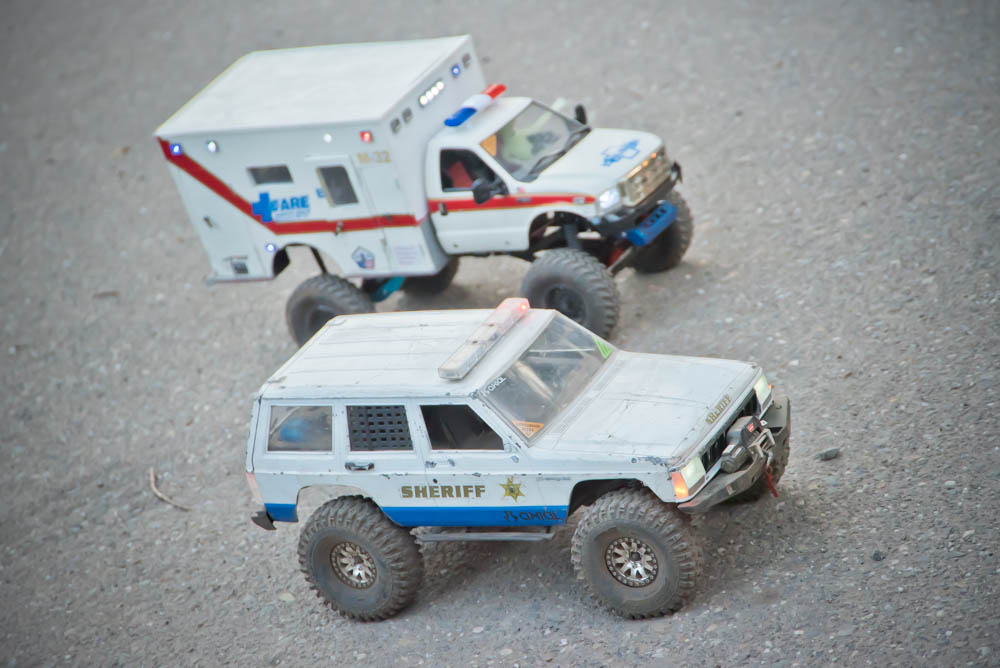 Law and order and safety were kept at Axialfest. 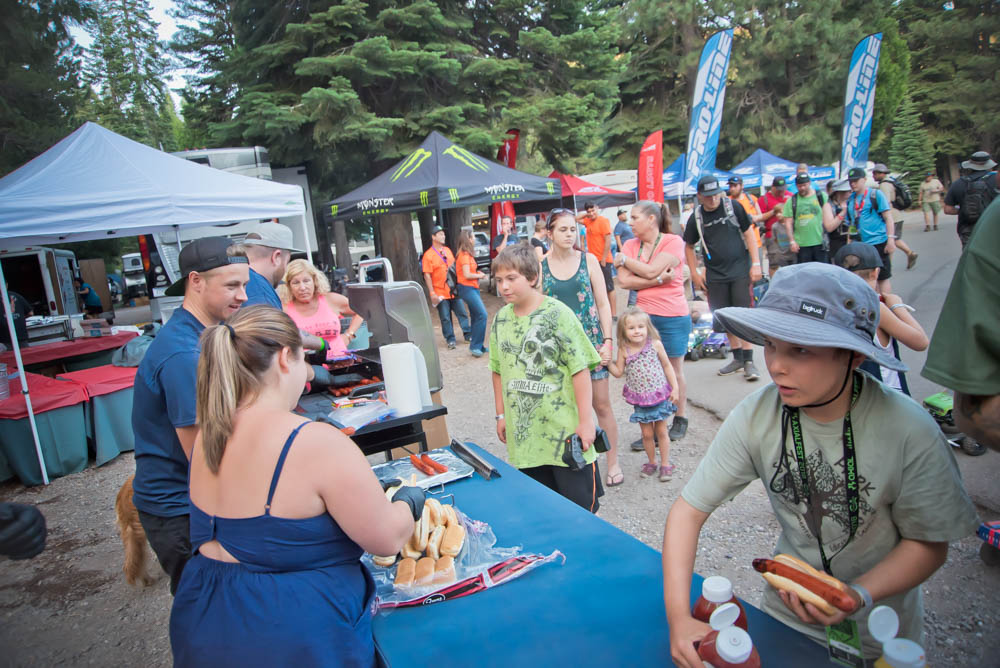 The crew at A-Main Hobbies were generous enough to provide free hot dogs to everyone that participated in the Axialfest parade. 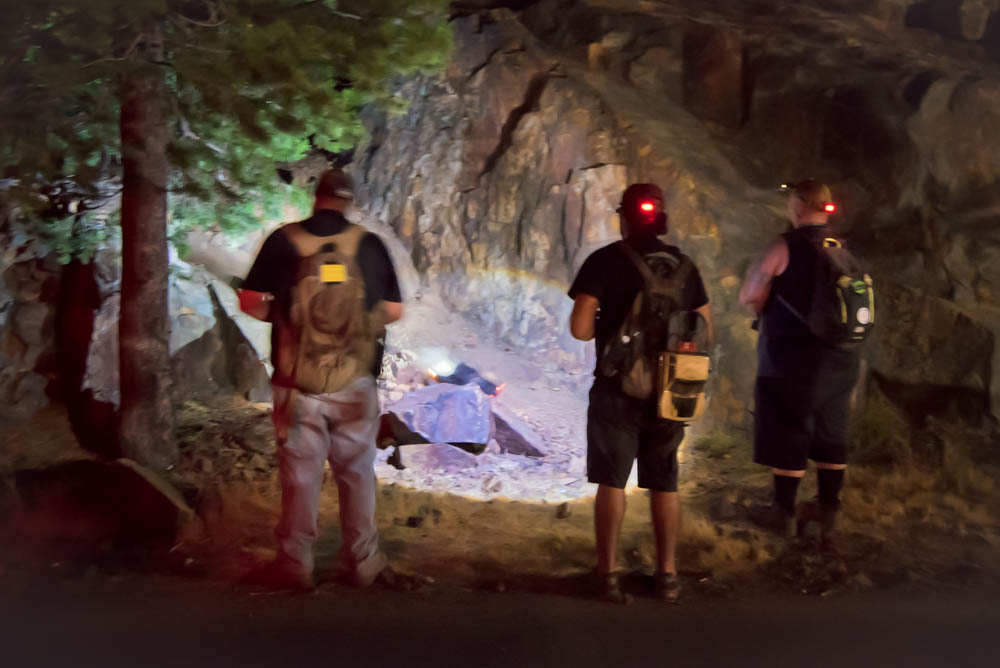 No sun? No problem. Serious Axialfest participants drove well into the early morning using bright lights on their rigs and heads to light up the way. 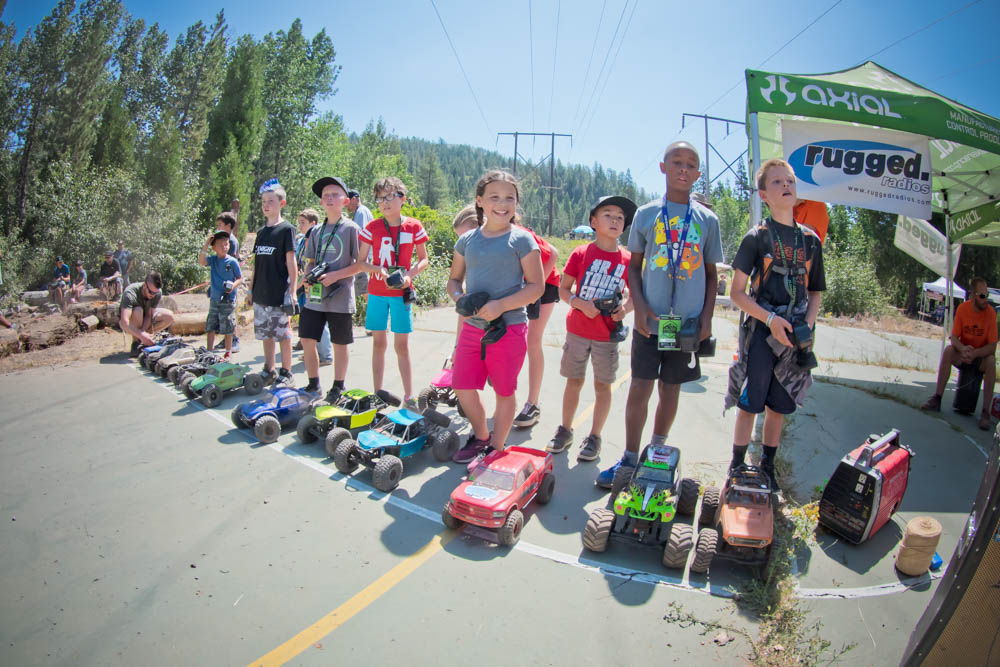 Don’t let those angelic faces fool you. It was serious competition in the kid’s division of the rock racing event. 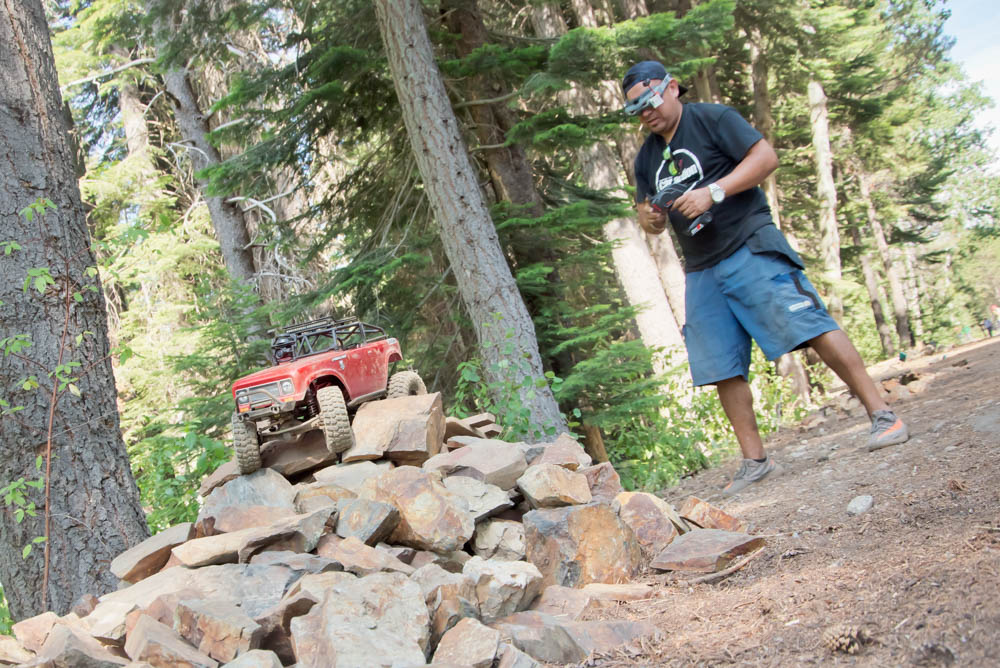 Is FPV crawling a thing? I tried it and it’s awesome! It feels like you’re inside the truck running the gates! I did, of course, peek when I walked from gate to gate.